How does the coronavirus affect the FYGO programmes?

GET ANSWERS IN OUR FAQ

Remarks or suggestions about this page?

Would you like to organize an extracurricular exchange with partners from France and Germany? Work with German and French associations and help young people become familiar with foreign languages and intercultural cooperation!

The Franco-German Youth Office (FGYO) has the right support for your project.

A stay abroad is perfect for the development of intercultural skills in young people. Trilateral youth meetings often can strongly influence young people’s learning progress and have a deeper effect on them than classic binational programs. During an exchange with an international group, participants learn to work on interdisciplinary topics from different European perspectives and thus to approach them in a lively way.

Considering the increasing responsibility of France and Germany in Europe and the deepening relations with third countries, the FGYO therefore encourages and helps trilateral exchange programs. At the same time, a trilateral meeting and international group dynamics are a suitable pedagogical framework for the acquisition of important social skills. They promote flexibility among participants and their ability to engage with the unknown and to accept other points of view.

The transfer and sharing of experiences from the Franco-German reconciliation process after the Second World War plays a special role for the FGYO in the hope that other countries and regions will take this as inspiration in order to overcome their own conflicts. Because the youth meetings cover current topics and events, theoretical content becomes more tangible and children and young people learn to see themselves as active participants in current topics and questions.

Priority regions for trilateral programs are the countries of Central and Eastern Europe, South-East Europe, the Mediterranean as well as European countries in a crisis. It is also possible to organize projects with other countries in Europe if the subjects addressed are in line with the guidelines, priorities and objectives of the FGYO. However, the above-mentioned regions remain priority regions.

Goal
Meet young people from other countries
public
Team leaders
sessions
At any given moment, Germany
At any given moment, France
Duration of the program
< 3 weeks
Topics that interest me
Culture, Sustainable development
Deadline for registration
31.1.2018 - For FGYO funding 31 January in the calendar year of the meeting
Registration details 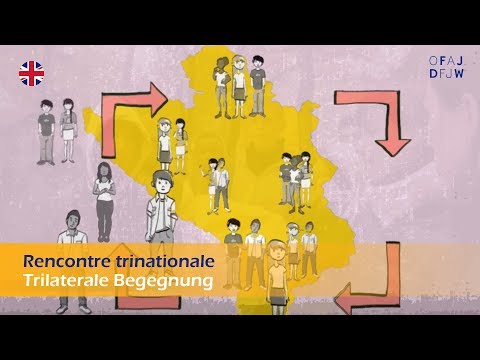 Advantages of the program

Trilateral encounters sustainably promote an understanding of the history and culture of the participating countries, as well as the living conditions of the participants. This favors the development of openness and tolerance for new perspectives and the capacity to adopt a different view of one's own culture. By dealing with social and political issues, the participants learn early on what it means to get involved.

Trilateral exchange programs foster intercultural understanding among participants. They develop a European awareness and sense of belonging, open themselves up to foreign cultures and learn to enter peacefully into dialogue with others.

Language plays an important role in trilateral school exchanges. Students can use the French or German language as a communication tool. French and German participants also develop an interest in the third represented language.

It is no longer possible to sign up for this program